At first glance, this may seem like an unusual page to find on a site dedicated to Pocahontas, but in the past year or so, I've been intrigued by aspects of the Pocahontas story that are connected to Castor canadensis, the North American beaver, The obvious connection is the beaver hat that Pocahontas is shown to be wearing in the Van de Passe engraving, the only image made from life of Pocahontas. We don't know what Pocahontas thought of that hat, or even if she realized it had been manufactured from the fur of beaver, but no one in Europe at the time could have known the coming effect of the beaver trade on Indian life in North America. Trappers and traders spread out across all parts of North America in search of furs, bringing weapons, tools, new ways of life, new alliances, and tragically, fatal diseases to the indigenous people. Furthermore, the extermination of beaver led to massive changes in the environment and animal diversity, which in turn made the landscape unsuited for traditional Indian life in many places. When people speak of how Indians were driven from their lands, we may imagine that this was always at the point of a gun. However, we should also understand, that when a people's life is upended by significant changes in the environment, people are forced to adapt or vanish. The Indians in North America did some of both.

​On this page, I will attempt to introduce some information related to how the disappearance of beaver impacted North America. The majority of my information comes from the book Eager: Beavers Matter, by Ben Goldfarb (2018). Not everything on this page is directly related to the east coast Indians, but I believe many of the circumstances from other locations have relevance to the east coast as well, though I'm unclear on how to quantify the degree of similarity.
The Middle Plantation Treaty of 1677
My comment:
After Bacon's Rebellion, several tribes from among the remaining Powhatan Indians in the Chesapeake area entered into an agreement with the English that was supposed to guarantee their lands in exchange for them becoming tributary subjects of the English crown. Cockacoeske, queen of the Pamunkey tribe was the leader of the Indian delegation and one of the signatories. There were 22 articles agreed to in the treaty, and as shown above, in Article 16, twenty beaver skins were to be paid annually to the Governor of Virginia. Later, when beaver became too scarce, payment changed to deer carcasses, the official presentation of which continues to this day.

That the Indians were to pay 20 beaver skins in Virginia from 1677 is an indication that there were still plenty of beaver in the area at that time. However, with both Indians and European trappers combing the lands and waterways for beaver, it didn't take long for the supply to run out.

Full text of treaty at Powhatan Museum of Indigenous Arts and Culture
Frequently seen quote on how beaver extermination led to faster European settlement
My comment:
This quote is sometimes attributed to a nameless colonial era settler, but I recently found it attributed to a Jeremy Belknap in Literary and Biographical Magazine, and British Review, Volume 12 (1794). The original article was entitled, "Account of the Beaver." The meadows in question seem to relate to those found in New England, but I see no reason why the same principle couldn't have applied to Virginia as well. 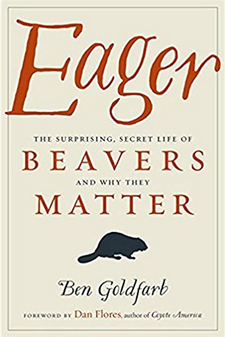 Re. the significant difference between pre- and post- beaver trade habitat:
Re. Rocky Mountain beaver exploitation:
Re. how trumpeter swans relied on beaver habitat:
My comment:
After some checking, it appears unlikely that trumpeter swans relied on Virginia beaver habitat for breeding as described in the above, which specifically refers to swans in the Northern Rockies. Swans may have wintered in Virginia, but there may not have been swan nests on beaver lodges there. However, other birds and animals would certainly have benefited from beaver habitat, as will be shown further down. See Swan Controversy.

Re. the pre-colonial environment/ecosystem:
Re. biodiversity:
Re. water retention:
Re. the unseen benefits of beaver-caused chaos and disorder:
Re. the outsize influence of the beaver trade on American civilization:
Re. beaver populations, then and now:
Re. the loss of beaver as an earth-changing event:
Re. the remarkable quality of beaver fur:
Re. an estimate of how much acreage in North America was underwater due to beavers in the pre-colonial era:
Re. three centuries of beaver harvesting and its effect on Native populations:
Re. the importance of beaver to the founding of Canada:
Re. the importance of beaver to the founding of America:
Re. Native American relationship to beaver:
More to come ...

[This is just my speculation, but wet beaver habitat may have made it possible for east coast Indians to practice their slash and burn practices without decimating whole forests.]
Some beaver and beaver hat links