The Four Names of Pocahontas

Pocahontas went by four names that we know of;
** I have changed the spelling of Matoaka to Matoaks, except when quoting someone. The reason is interesting and represents my current thinking on this topic. Some explanation is below, with additional details on the More on Van de Passe Engraving page. - May 22, 2021
​
The names that Pocahontas (aka Amonute, Matoaks, Rebecca) went by during her short life are of interest to many people. Unfortunately, like most of the details of Pocahontas's story, the Indian names raise questions to which answers are in short supply. Writers have tried to explain and sometimes translate the names, but we should remember that the Powhatan language disappeared long ago, so any guesses as to their meanings are speculation. Also, the Indian names were recorded phonetically and during a time when spelling conventions were not standardized. William Strachey did, of course, translate Pocahontas as "Little Wanton" based on his then contemporary research, but we have to assume that his choice of words only approximates the actual meaning, and the fact that "wanton" in modern English has mostly a negative connotation means we must translate Strachey's words yet again into a more understandable and (we hope) accurate modern variation, such as "Little Mischief." Scroll down to see what some writers have said about Pocahontas's names. In particular, note Townsend's comment that Matoaks/Matoaka was not actually a "secret" or "private" name, as many Pocahontas writers have chosen to say. 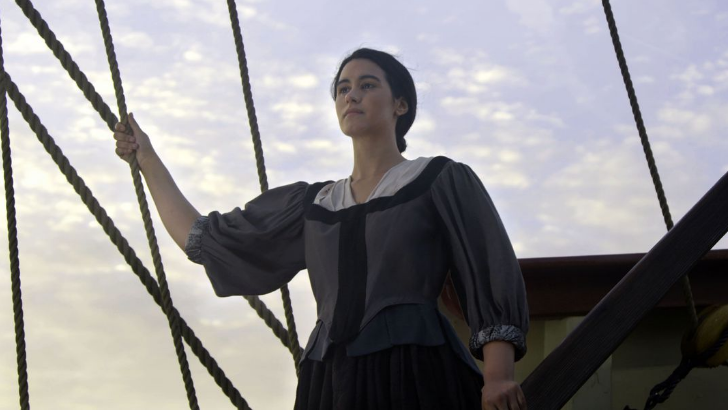 Pocahontas's English name was Rebecca.
Pocahontas, Powhatan, Opechancanough: Three Indian Lives Changed by Jamestown, Helen C. Rountree (2005)
My comment:
I don't know that the reason for Pocahontas's nickname as described by Rountree was "apparent", but I'll concede that this explanation, while speculative, is probably as good as any., and at least benefits from Rountree's expertise as an anthropologist and expert on the Powhatan Indians. The top half of this explanation is pretty useful. Footnote 45 refers to Machumps. Rountree, in my opinion, did not give enough thought to why she chose to use the spelling Matoaka rather than Matoaks. (But neither did I until recently!) Scroll down a ways to see what Camilla Townsend says about the notion that 'Matoaka' was a secret name. (Or jump to comment)
Pocahontas and the Powhatan Dilemma, by Camilla Townsend (2004)
My comment:
This explanation is fairly similar to Rountree's,, which is understandable, since the only historical source is William Strachey., with some cultural details filled in by the young Henry Spelman. Scroll down further for her comment on Matoaka.
Pocahontas, the Life and the Legend, Frances Mossiker (1976)
My comment:
Mossiker mysteriously chooses to ignore Strachey's mention of Amonute in her commentary. She seems to conflate the usage of Pocahontas into both a nickname and a public name. Later historians have separated usage into a formal public name (Amonute) and a nickname, which was also public (Pocahontas). Matoaka has often been noted as her private name (though I now favor the spelling Matoaks, as explained below). Camilla Townsend has said that it wasn't really a private name, but rather the name she took later in her life, perhaps when she married Kocoum.

The various spellings of both Pocahontas and Matoaka raise some questions. The Pocahontas vs Pocahuntas variation seems to be an issue of phonetic transcription at a time when spelling was pretty flexible. We'll never know which pronunciation is really correct, but the Pocahontas spelling has solidified, probably arbitrarily, so that's how we'll likely spell and pronounce it forever.

The Matoax vs Matoaka variation was something I ignored until recently. First, it's important to note that Matoax and the alternate spelling Matoaks, which appears on the Van de Passe engraving, are essentially the same. Spelling was pretty flexible back in the day, and Matoax/Matoaks are pronounced the same. Whether the 'oax/oaks' part is pronounced 'oh-ahks' or 'ohks' (like the pronunciation of the tree) is unknown. I tend to favor "Mah-tow-ahks' with three syllables, but I really don't know.  Paragraph edited 5/22/202

Until recently, I was concerned about the pronunciation of Matoaka, but since I no longer believe that was her actual name, it seems less important. Matoaka, I believe, was the Latin rendering of her Indian name, Matoaks. For what it's worth,  I would choose to pronounce Matoaka as Mah-tow-ah-kah, but some people choose to say Mah-tow-kah, with a long 'o' sound and no 'ah.'  I suppose this is because of the "oak" series of letters. How one chooses to pronounce this invented name seems to be a question of personal preference. My reasons for changing my opinion on this topic are on the More on Van de Passe Engraving page. I credit Jean Fontaine, a visitor to this site, for changing my opinion. - Paragraph edited 5/22/2021
A Camilla Townsend comment debunking the often claimed 'secrecy' of the Matoaka name:
Neither Matoaks nor Matoaka were used in early chronicler writings prior to publication of the Van de Passe engraving. Inconveniently, the only reference to Pocahontas's third name was by Alexander Whitaker, who offered the variation Matoa.
We can only guess as to how reliable Whitaker's spelling of Pocahontas's third name was, but judging by the spelling of other words in this passage, we would do well to have doubts. Whether her name was pronounced more like Matoa or Matoaks will never be known for sure. I feel now that Matoaka was less likely than either of these, as I've explained elsewhere on this page, it being a Latinized rendering of the name (Matoaks) that was recorded at the time. I'm in no way an expert on Powhatan language, but we might note that some words were recorded with a -ks ending, such as the place name Orapax. John Smith also recorded words with -ks endings, though it's unclear if he meant them to be plurals or not. There are also names recorded with an -a ending, such as Matachanna and Pocahunta.
Pocahontas Medicine Woman Spy Entrepreneur Diplomat, Paula Gunn Allen (2003)
My commentary:
While I'm fine with Gunn Allen's thoughts on the meaning of Pocahontas (still to come), this commentary on Matoaks bothers me a great deal. First, we have no evidence that Pocahontas was a Beloved Woman or priestess. It may seem reasonable to some people, but it's 100% speculation. And the only association Pocahontas had with white feathers was in the English engraving done by Simon van de Passe in 2016, where she is portrayed holding an ostrich feather fan. Holding a feather fan was a common convention in English portraits of the era, and Queen Elizabeth, as well as many other noble women, were painted while holding such a fan. Finally, Gunn Allen claims that Matoaka or Matoaks is "thought" to mean 'white (or snow) feather,' but she fails to say by whom. What is the source of this information? Certainly over 400 years, someone may have "thought" so, but why should we give this undocumented information any credibility at all? I'm not saying Gunn Allen was being dishonest; I'm just saying she was irresponsible, since this unsupported "translation" will be taken seriously by many.
Pocahontas Medicine Woman Spy Entrepreneur Diplomat, Paula Gunn Allen (2003)
My commentary:
I can't endorse this as anything more than interesting speculation, but it is interesting at least, and it provides a possible Indian explanation that is not any more speculative than Rountree's idea at the top of this page.
Rebecca:

Pocahontas, the Life and the Legend, Frances Mossiker (1976)
My comment:
These words by Mossiker are speculative and dated, but the symbolic connection to the biblical Rebecca has been noted by many writers and historians.
Pocahontas and the English Boys, Karen Ordahl Kupperman (2019)
My commentary:
Kupperman's commentary is basically an updated version of Mossikers's observation, though I can't say with any confidence that Mossiker was the first to make it.
​(C) Kevin Miller 2021