When did the balance of power shift from the Powhatans to the English?

The Powhatan confederation was at its strongest relative to the English during the "starving time" of 1609-1610. Had the Powhatans pressed their advantage then, colonization might have been delayed, A different set of colonizers, other English, or perhaps the Spanish, French or Dutch, might have arisen instead in the Chesapeake area.

During the "Peace of Pocahontas" (roughly 1614- March 1622) hostilities were at a minimum, but the English advantage was increasing as more settlers arrived and made progress at the task of survival in North America.

The aftermath of the coordinated attack of March 1622 was the tipping point and the last opportunity for the Powhatans to regain control of their territory. They continued to fight, making opportunistic attacks on settlers who strayed from their forts. This was the style of fighting that made best use of their weaponry and talents. We might speculate that they failed to press their advantage forcefully enough, as happened during the starving time, but this is difficult to assess. There are numerous settler reports of Indian attacks, many of them successful. But since we only know the end result and the English side of the story, it's difficult to know precisely how, or whether the Powhatans could have made better choices to effect a different outcome.

A single moment that might serve as representative of the power shift from the Powhatans to the English is the 1624 battle at Pamunkey River, when the English and Pamunkeys met in a rare open battle. After the attack of 1622, the colonists had begun amassing antiquated chain mail armor shipped from England that was nevertheless effective against arrows. A force of over 800 Indians fought a two-day battle against 60 well-armed and armored English soldiers and militia, resulting in the deaths of numerous Indians and only a small number of English. The moment this battle ended might be as close as one can get to the passing of power from the Powhatans to the colonizers. The Indians continued to fight, but after that battle, they never seriously threatened the English hold on Virginia.

That's one way to look at it. It's equally likely that the moment power passed to the English went unnoticed and unrecorded. Perhaps it happened as a group of Powhatan Indians sat on a rise overlooking a river where boats with sails and oars had replaced the dugout canoes of their youth. Some of them had lost children to frightfully quick and lethal diseases. Others had lost limbs to weapons they barely understood. They may have looked at the river traffic and wondered how they fit in to this new and terrifying world that their priests and elders were at a loss to explain.
From James Horn, A Land as God Made It (2005).
Helen Rountree, in Pocahontas, Powhatan, Opechancanough (2005) tells the story with some variation: 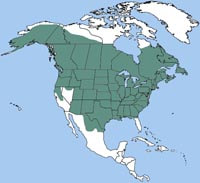 When considering the transfer of territory from  Indians to English, it is tempting to imagine only conquest and spread of disease as the overriding factors in how the colonists acquired Indian territory. Although those two processes had an enormous effect on the Indian population along the Eastern seaboard, one must also consider the massive and rapid changes in the environment that followed the arrival of the Europeans that impacted traditional Indian lifestyles and forced them further west. Daniel K. Richter's 2003 book, Facing East from Indian Country is my main source for the information on dramatic environmental change that follows.

One of the ways Europeans found Indians to be useful, besides providing them with corn, was their ability to procure furs for the European fur trade. The high value of beaver fur quickly led to regional extinctions. When beavers are eliminated from an ecosystem, the effects are wide-ranging. Beaver are natural woodcutters that clear the forest near streams. Their dams transform the streams into ponds and wetlands. These in turn, provide habitat for insects, fish and other wildlife that attract birds and small mammals, many of which were sources of food and raw materials for Native populations. Deer and bear also gathered at beaver ponds and wetlands. When beavers are eliminated from the ecosystem, the wetlands disappear, exposing naturally cleared land that provided rich meadows Europeans could quickly occupy for farmland. Wherever colonists located farms, the land available for deer and other game was reduced by the introduction of fences and livestock.

The introduction of pigs contributed further to environmental change. Pigs were often allowed to forage freely around farms. Indians were forbidden from hunting pigs, which was regarded as theft, but pigs could not be prevented from consuming Indian crops. They also ate the plants and shoots that would have been available for deer, resulting in reduction of game that Indians relied on. Wherever Europeans settled, the surrounding areas quickly became unsuitable for traditional Indian lifestyles.
"Beaver" with info on historical distribution (PDF), by Baker, B, and Hill, E., from Wild Mammals of North America: Biology, Management and Conservation
National Geographic Beaver Documentary on YouTube

See also my Beaver Page on this website for an extended discussion of how beavers impact the environment.
​(C) Kevin Miller 2018
​
Updated Aug. 11, 2020